No longer just a hobby enjoyed by young and old across the globe, the video gaming market size has increased worldwide and has become a billion-dollar business industry. For many years now, gaming has become an integral part of one’s lifestyle in various countries. Furthermore, it is considered to be one of the main forms of entertainment in modern society.

The video game industry continues to close every year successfully with more than a hundred billion dollars in revenue. Hence, it is one of the largest industries in the world and is a strong cornerstone for economic development in some countries.

The modest beginnings of video games can be traced back to 1952. British professor A.S. Douglas created the game tic-tac-toe (also known as noughts and crosses) as a part of his doctoral dissertation at the University of Cambridge.

Since that time, many worthy game ideas were developed successfully and many also failed to see the light of day. Early prototypes of video games appeared during the 1950s and 1960s.

Nevertheless, industry experts consider the 1970s to be the birth of the video game industry, which was when Atari PONG was released. It was a simple two-dimensional graphical representation of a tennis-like game that kickstarted the gaming industry.

In 1980, Pac-Man became the most popular arcade game among Americans, generating one billion dollars in revenue in just a year.

The 1980s were the heyday of arcade video games, thanks to the development of affordable home consoles. With the release of the Nintendo Entertainment System (NES) in Japan as Family Computer (Famicom), a new era of home console games began. Nintendo has since been a leader in the gaming market and industry.

According to statistics, from 1970 to 2020, Nintendo acquired 318 million in home console sales and 754 million in total sales. 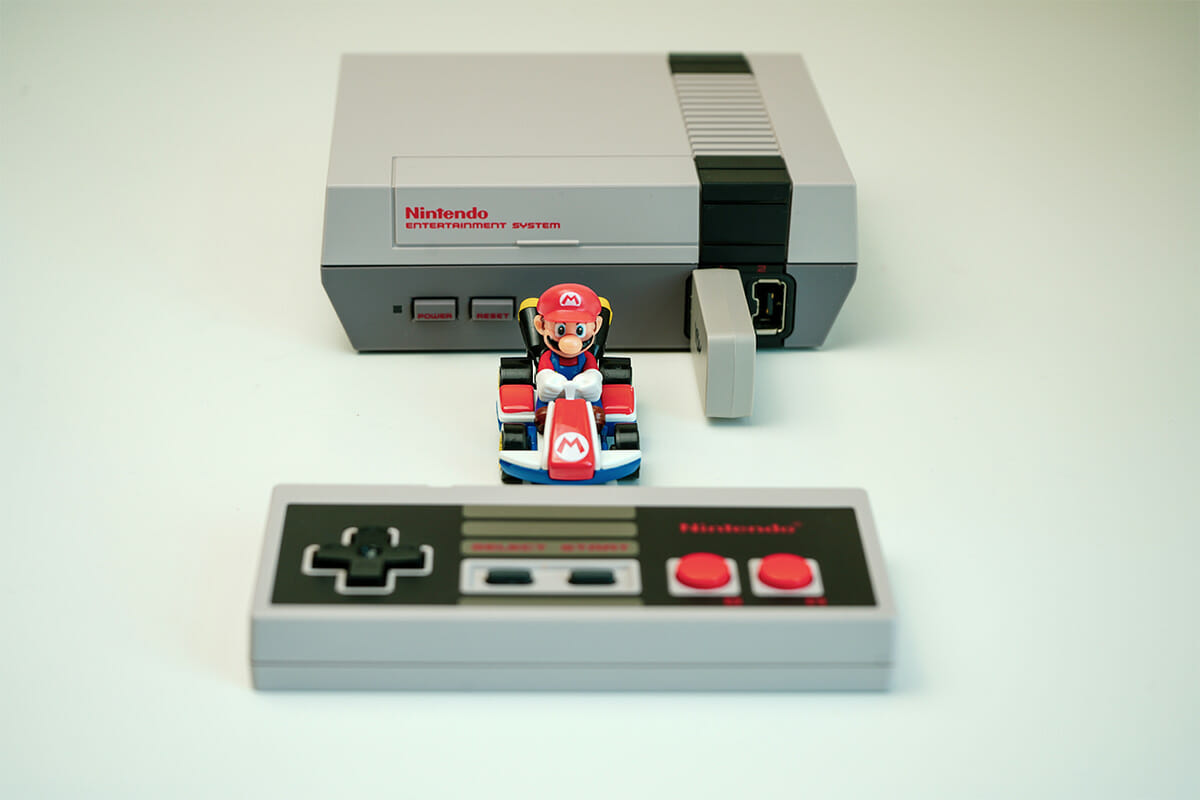 For many households having a gaming console was as ordinary as having a television. Video games encompass an entire range of platforms for decades, from arcade systems, home and handheld consoles to mobile devices, PCs, etc.

Game consumers, manufacturers, and other stakeholders have constantly been on the lookout and chasing the direction of consumers’ expectations.

Thus, little changes, such as creating a memory sub-system, voice navigation, or other in-game innovations, led to significant progress. These innovations are the real magic behind the fun and fascinating gaming storylines .

Aside from Nintendo, Sony, Microsoft, and other leading brands continue to produce up-to-date systems with new hardware capabilities to meet the fast-increasing market demand․

Currently, Sony PlayStation, Nintendo, X box, and other reputable game development companies dominate the gaming market. If one must describe the gaming industry and market, it is tremendously innovative and dynamic. This is evidenced by game developing companies having sold more than one billion video games and technology worldwide in the last decade.

The growth of the gaming industry is attributable to major gaming markets. Video games are inextricably linked to three mega-consuming countries – the U.S., Japan, and China. 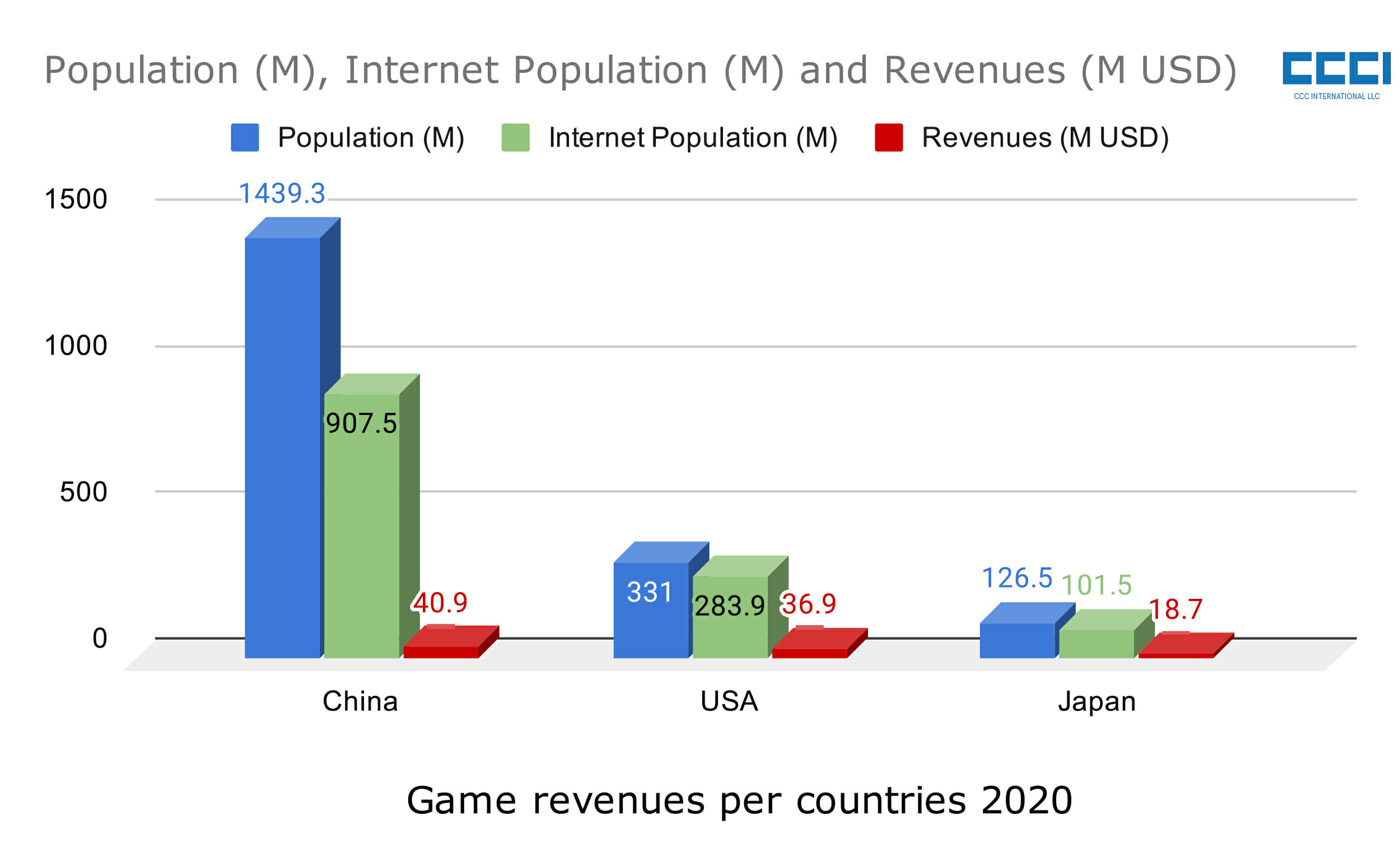 The United States is considered by many as the birthplace of video gaming. The leaders of the U.S. gaming market include Microsoft, Apple, Activision Blizzard, among many others. These companies have a stable growth rate worldwide and are known among many game enthusiasts around the globe. These industry giants’ revenue amounted to 60.4 billion U.S. dollars in 2020. Only in November, the estimated amount of revenue was $6.97 billion.

With the novel coronavirus, the previous years’ expectations were exceeded as home entertainment became the main entertainment option. Parallel to movies, mobile, PC, and console gaming has significantly high demand not only in the US but also globally.

Although America is the birthplace of gaming, China has maintained a dominant role in the worldwide gaming industry nowadays. Even though China was the second-largest revenue-generating market behind the US in 2019, it surpassed any other country in 2020.

The world’s biggest game industry racked up 68.5 billion yuan (US$10.4 billion) in revenue in the third quarter, with a year-on-year increase of 22.34%. It is one of the most lucrative markets for the gaming industry with half a billion people in the country playing video games. China’s game revenue is expected to reach 26,350 million USD by 2023.

The tech giants Tencent with the second-largest player NetEase are the major providers of PC and mobile games to worldwide users.

The golden age of video games is attributable to the extensive, huge, and comparatively mature Japanese market. Japanese video game market is expected to reach about 1.59 trillion Japanese yen by 2025. With the foundation and development of the front runner Nintendo, Japan played a crucial role in shaping the global video game industry at least since the 1980s.

The other major players are Sony Corporation, Square Enix, Sega Sammy Holdings, Bandai Namco Holdings, and Konami. The market is projected to reach $18,248M in 2021 and has a notable investment in eSports.

To sum up, China, the U.S., and Japan have a relatively large domestic market. Despite the massive opportunity, the competition is intense and there are many restrictions, barriers and risks to enter them, one of which is language barriers. Only with the help of a professional and experienced game localization agency can you bring your games to these gigantic markets.

Here is the total global gaming revenue distribution per platform in 2020: