Best Webtoons to Read in Spring 2022

Ah, it is that time of the year again. Fresh buds are blooming, animals are waking up, and the world feels warm. It’s spring! Winter is over, and summer is right around the corner. This year, the spring season starts on March 20 and ends on June 21. That is time long enough to start and finish all webtoons to read in spring!

In 2021, a survey conducted in various countries stated that webtoons have become increasingly popular across the globe. More than 40% of respondents agreed to South Korean webtoons’ worldwide popularity, especially with the numerous webtoon websites and mobile apps. More people have accessed webtoons because of excellent webtoon translation and typesetting. Now, even outside South Korea, readers have their favorite titles and stories to look forward to.

All seasons are the best season for the best webtoons to read. But spring stands out, especially if you want to start something new. May it be starting your first-ever webtoon reading project or starting that title that you have been keeping in your to-read list for the longest time. Spring is the season of new beginnings, and you can make the most of it with spring-themed webtoons.

Imagine spending a warm afternoon reading webtoons with sakura. It will feel like you are the main character of a webtoon romance yourself! While every list of the best webtoons to read you find online can be subjective, most of the titles are some of the most popular webtoons that captured a lot of readers’ hearts. Titles like True Beauty, Love Alarm, and Lookism are impossible to miss!

The rise of webtoons also comes with the rise of Korean dramas, especially when there are many K-dramas adapted from popular webtoons. With an endless number of webtoons in the world, you will never run out of titles to read!

We included stories about love, family, friendship, and life for our webtoons to read in spring. Some of them have appeared in several lists of best webtoons to read, and you might have already read them. Still, all of them will remind you of the season’s meaning: new beginnings and warmth after a season of coldness. 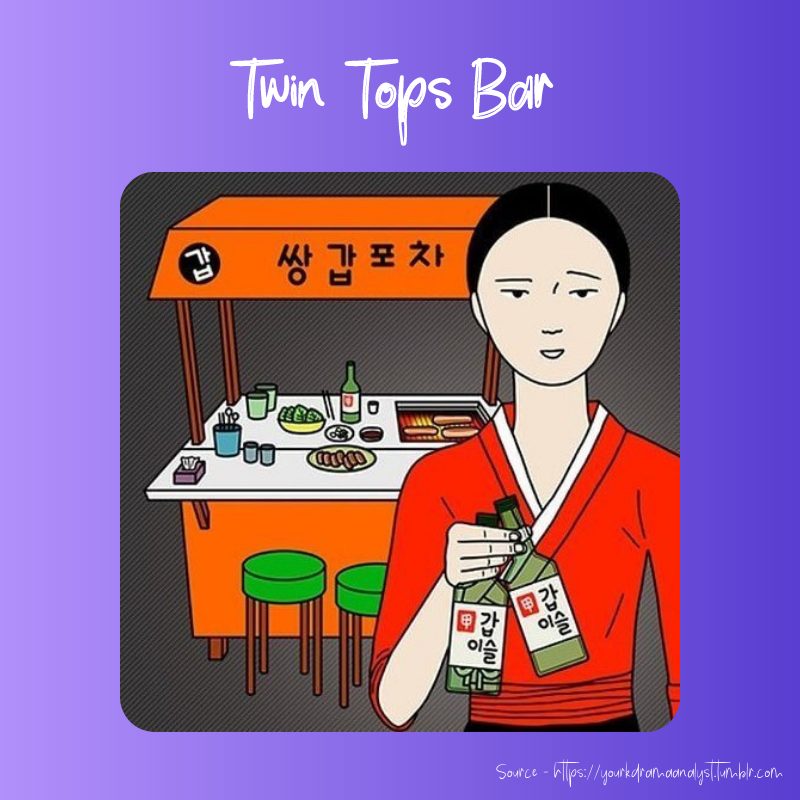 Let us start strong with Twin Tops Bar (Ssangappocha) by Bae Hyesoo. This webtoon bagged the Excellence Award for the 2017 Korean Comic Awards! This webtoon was also adapted into a K-drama in 2020, Mystic Pop-Up Bar.

Ssangappocha revolves around Wol Joo’s mysterious bar where customers enjoy the food and drinks… and the deep conversations. Wol Joo helps her customers resolve their grudges and, eventually, heal their wounds. What better way to spend spring break than learning and healing through the powers of Wol Joo in her mystic pop-up bar?

At a Distance, Spring Is Green 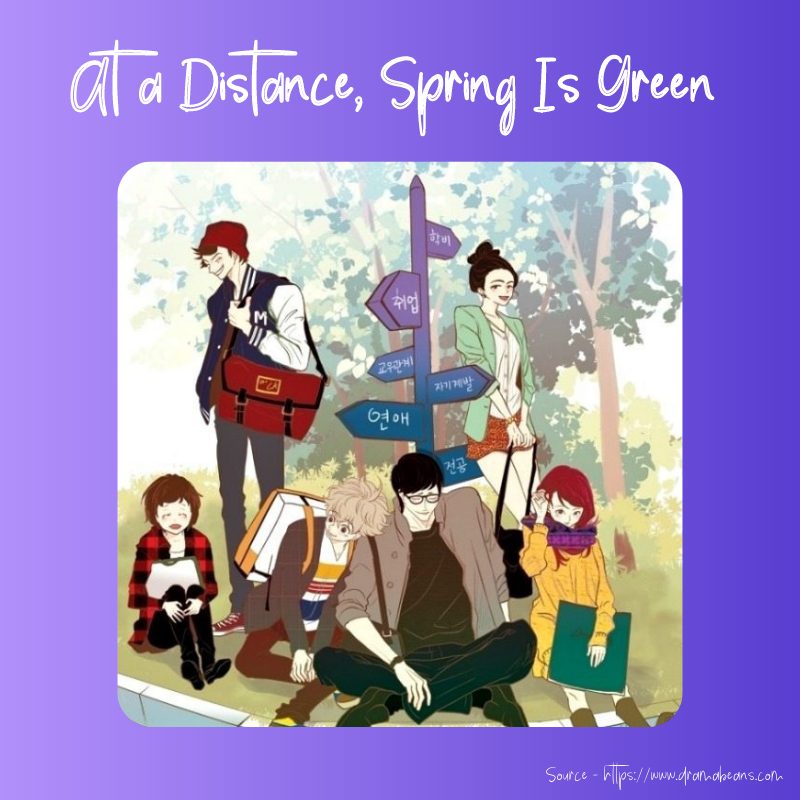 More K-dramas that were based on webtoons? Sure! At a Distance, Spring Is Green by Ji Nyoong is a coming-of-age story. It focuses on young people in their twenties who face problems in their university, centered around a 1st-year student named Yeo Joon. It also has a K-drama adaptation!

At a Distance, Spring Is Green is a realistic depiction of university students’ worries and conflicts. If you are also in your early twenties, this webtoon is set to tug at your heartstrings. Spend your spring break by following the story of two very different boys and their unlikely friendship. 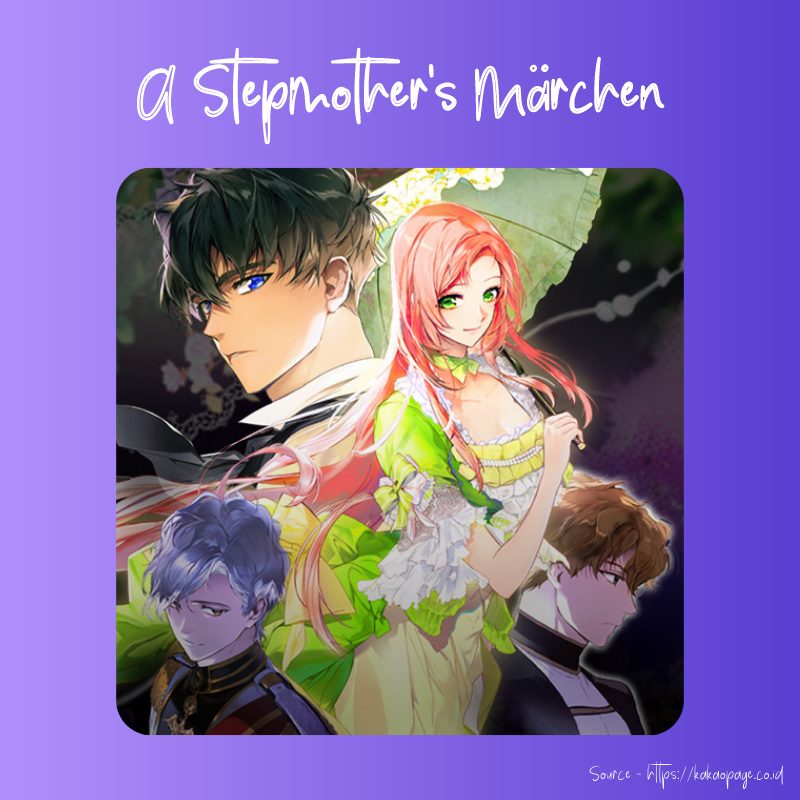 Suri Van Neuwanstein is a Marchioness often called the “iron widow,” the “spider widow,” or the “male hunter.” She heard people calling her the “witch of Neuwanstein castle,” an embarrassment for a noble lady. Still, she raised her children despite not being related to them by blood. Everything fell apart when she was requested not to attend her first son’s wedding. She got into an accident and passed as she left the castle.

It sounds a bit dark. But if you continue reading, she wakes up on the day of her husband’s funeral. And from there, she refuses to suffer anymore and decides that she wants to live differently. Now that’s a new beginning! A Stepmother’s Märchen was a webtoon adapted from the Nyangiwa Hyangshinlo’s web novel. 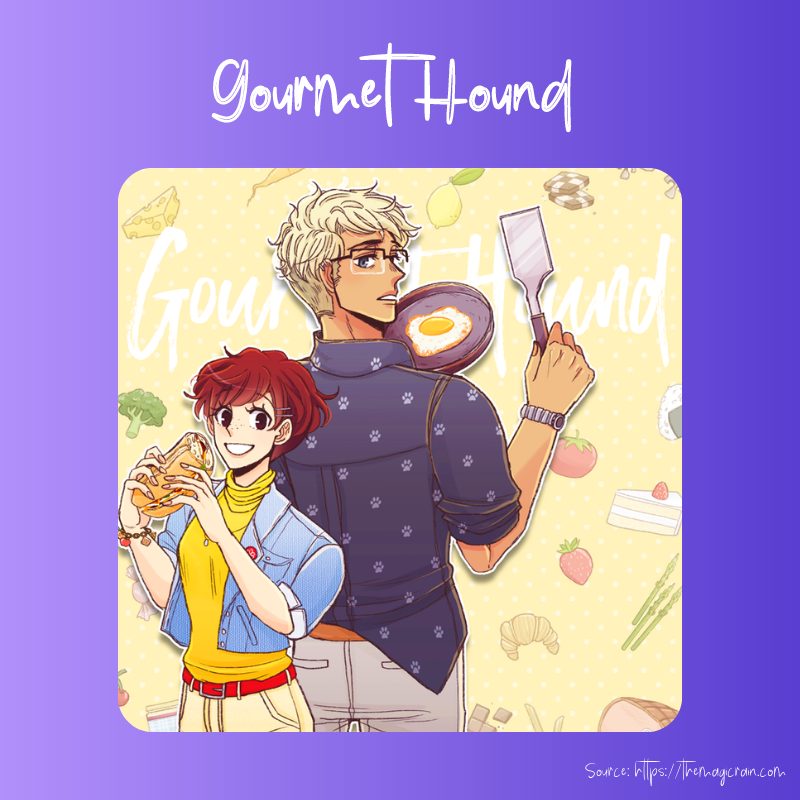 If you want to skip the wait for the next webtoon chapters, there are popular completed webtoons you can binge-read. And yes, Gourmet Hound is one of them! Written by Leehama, Gourmet Hound is a romantic comedy about Lucy, a woman with an uncanny sense of taste and smell. When she discovers that her favorite restaurant has changed kitchen staff, she also realizes that she has no idea about the former chef’s identity.

The story goes on as she decides to track down every old member of the kitchen staff so she can find the “perfect taste” once more. The webtoon includes characters of different sexual orientations, religions, and ethnicities. Gourmet Hound is the perfect read as you munch on your snacks during your spring break. Journey with Lucy as she looks for the special chef! 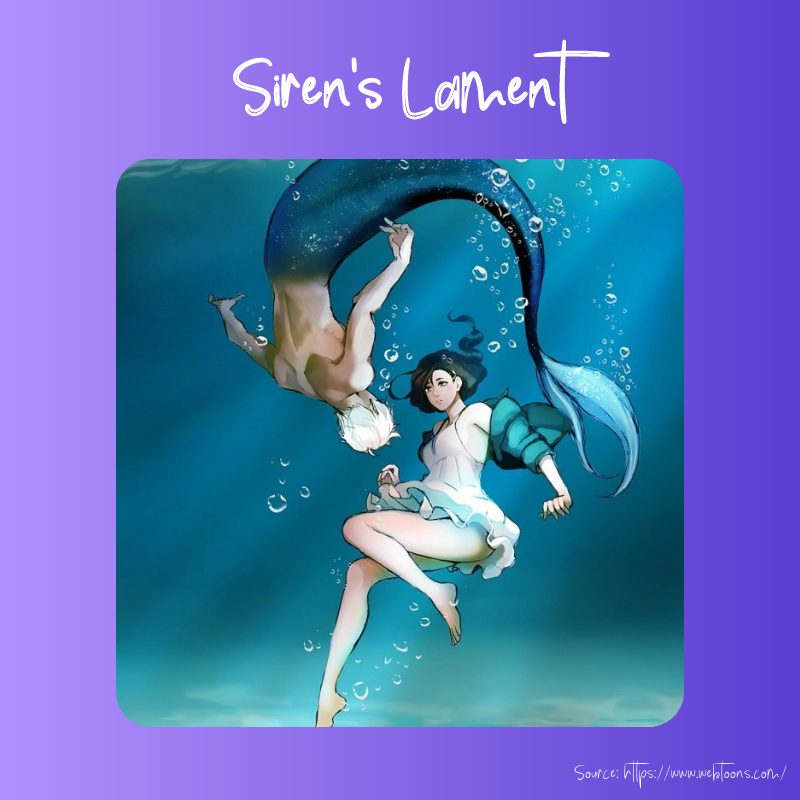 Another completed webtoon that gives readers butterflies in the stomach is Siren’s Lament by instantmiso. Get to know Lyra, a wallflower who is content with her ordinary life. Her new beginning? She plunges into the world of sirens and learns that the world is much bigger than she thinks!

The creator writes stories about fantasy and romance, so you can be sure that Siren’s Lament will take you on an adventure. And it includes music, too! Also, Lyra meets two attractive characters along the way. Your spring break is about to be a discovery of sirens’ emotions.

Note: Siren’s Lament has some content warnings. It involves death and other acts that might affect readers. Reader discretion is advised.

Miss Abbott And The Doctor 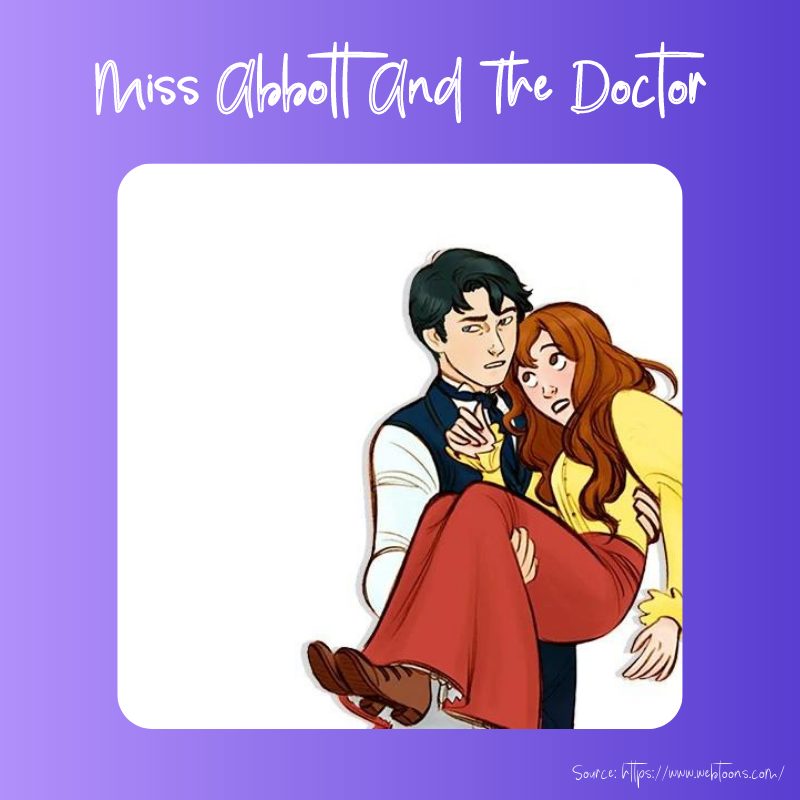 Let us give your spring break a Victorian vibe. Miss Abbott and the Doctor by Maripaz Villar is about Doctor Andreas Marino, a doctor who has been living a quiet life. His life is mostly about work and simple things until the strange Miss Abbott comes. Doctor Andreas does not like her at all…

But Miss Abbot is quirky, funny, and adventurous. She finds it amusing when she gets the doctor in trouble! This rom-com will make your spring break extra relaxing and fun with just 173 episodes. After all, historical fiction romance has an undeniable charm. Ah, do not resist the warmth of learning to appreciate similarities and accept differences.