Are you looking to get into digital comics, but you can’t figure out which book to start with, which service you need to sign up for, or even if it’s worth doing over physical copies. Then this blog will discuss several issues related to digital comic books. We will suggest a list of the top 7 digital comic books to read. We will also talk a bit about the translation of non-English comic books and the way to get comics online for free.

Let’s start with a discussion about the concern that digital comics will probably kill physical comics. This is more opinion-based, but you might be reading this blog because you want to transition from physical to digital. You don’t know if it’s something that you’ll have to do anyway eventually. At first, times do change, unfortunately, and certain things develop to the point where other things become obsolete. It’s always hoped local comic shops will stick around. However, they have transitioned out of comics in the last couple of years to continue to survive. Now comic shops are more just about collectibles such as statues and other things than the actual printed book.

Note: The market for translation of non-English comic books has noticed growth in the past few years after comics publishers turned to publishing comics online for free.

Comics was one of the entertainment mediums that was relatively late to get into digital. They’re still in their infancy, even though it’s been about 10 years since the New 52. They are still trying to find the feat they’re adapting to having these unlimited services. When those services pick up, that’s when digital comic books will end up progressing even further than physical.

However, some people started reading comics when they were teenagers. Truthfully, suppose we’re being honest with ourselves. How many teenagers nowadays would go into a local comic shop randomly without background knowledge and get into comics that way. In contrast, most of them now have a phone, access the internet, and probably have a tablet that they can read on. Therefore, although it would be a significant loss if local comic shops ended up dying due to digital comic books taking off, it’s also essential for the hobby to continue surviving as a whole.

Note: New generations of comics readers prefer to read comics online for free as they are more accessible than the traditional physical ones.

However, the happy middle ground between physical and digital comic books is that you may think of getting them digitally for any single issue you want to read. Then you will buy the collected edition. Eventually, people will find their balance. I think collected editions will take more of a precedent over single issues. As well as, it could be the case that single issues go entirely digital. Then it’s only the collected editions that people can get physically. There will be people who have only read comics physically, and maybe they love going to the comic shop every week. Hopefully, they can still maintain that routine even if digital comic books become more popular.

1. Batman: Curse of the White Knight 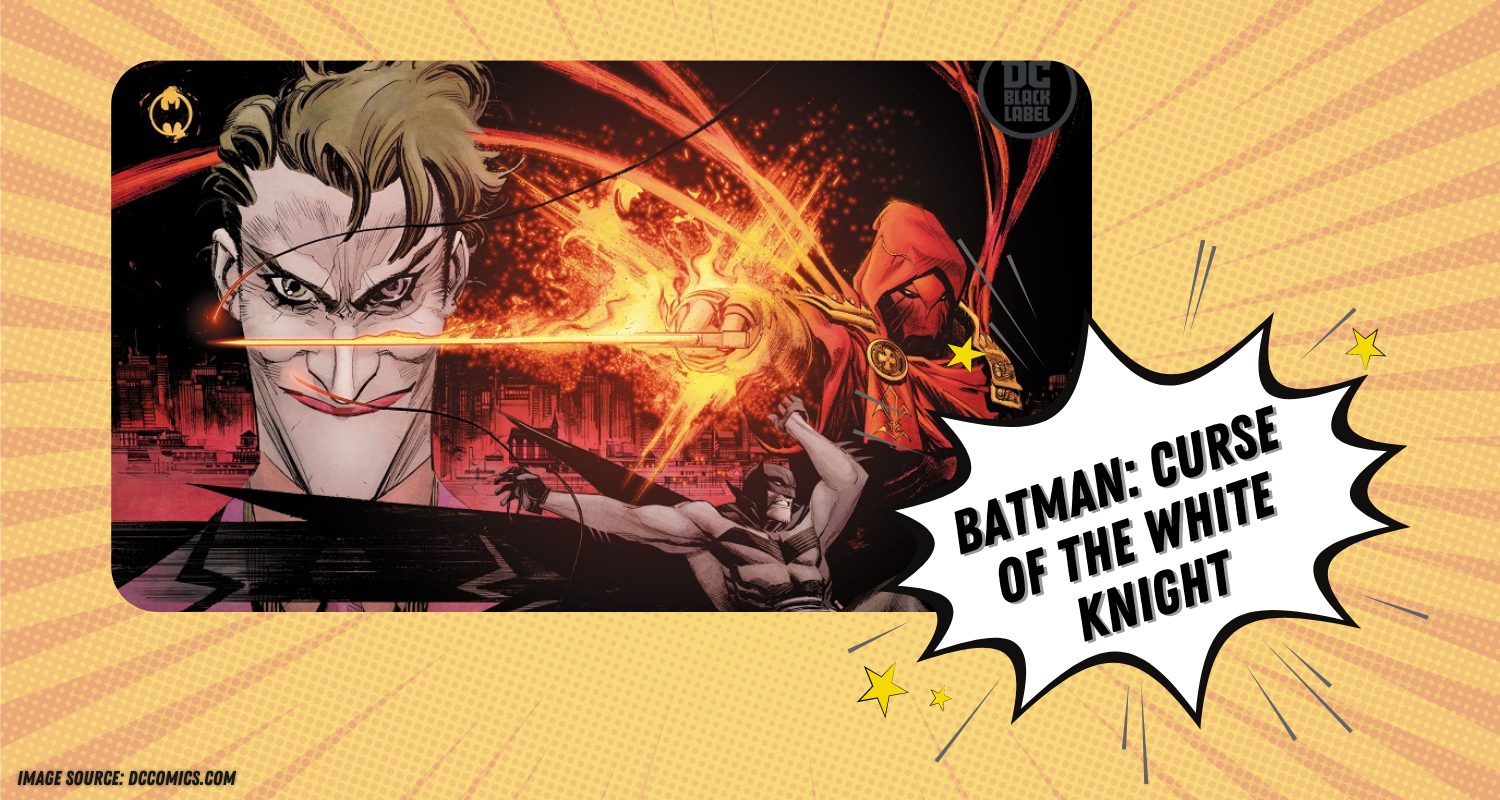 This is one of the best Batman stories of all time. Joker escapes from Arkham with help from the crooked warden. Next, the White Knight is reading Alfred’s letter. After he passes away, Bruce is still tormented by the events and loss of his father figure, but he seems to be moving on and finally feels it’s time to look for the gift Alfred mentions in the letter. Finding an old book titled Edmond Wayne dated 1685 finally, Batman and Dick Grayson argue about whether now is the time to reveal his identity 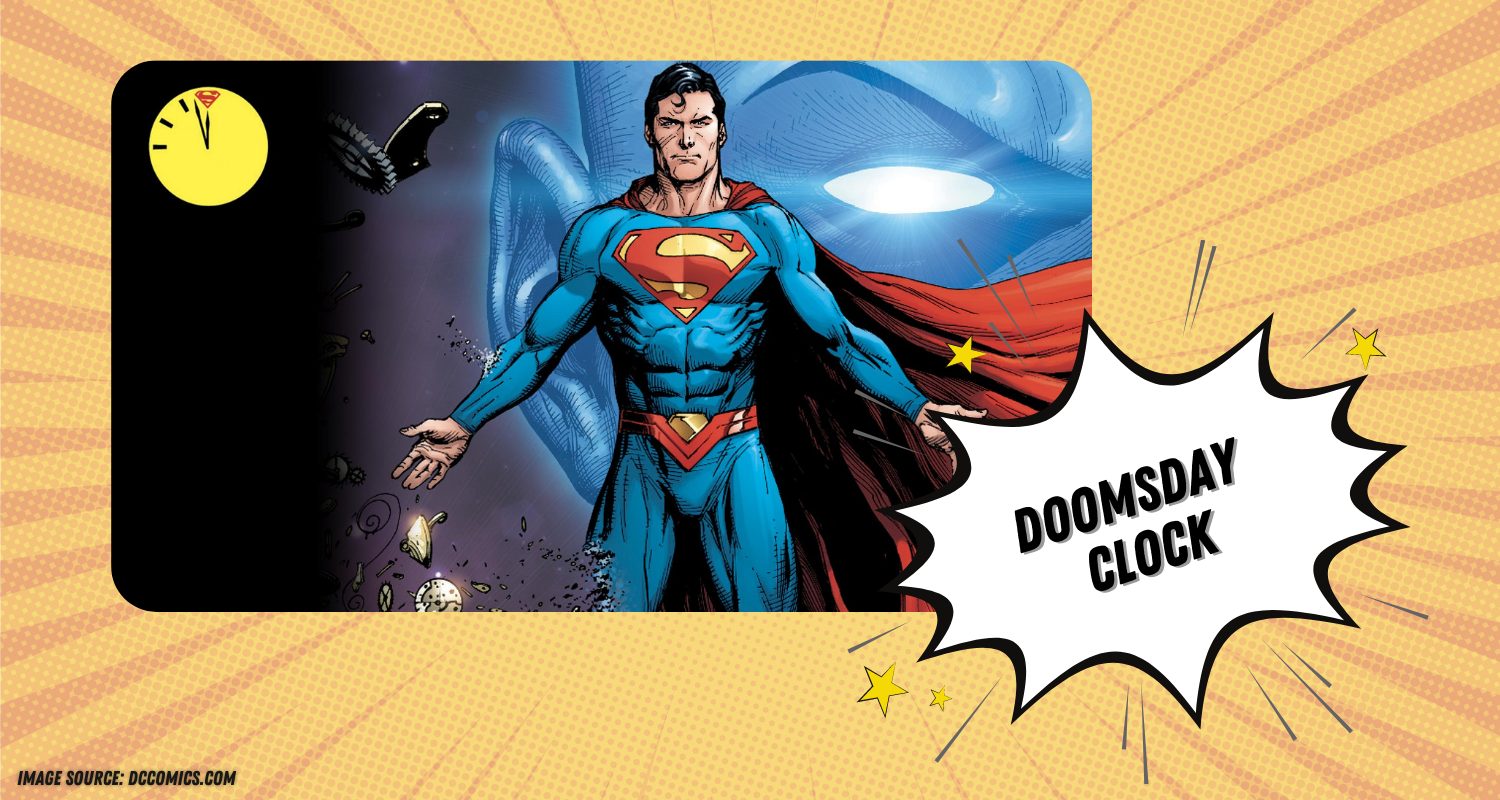 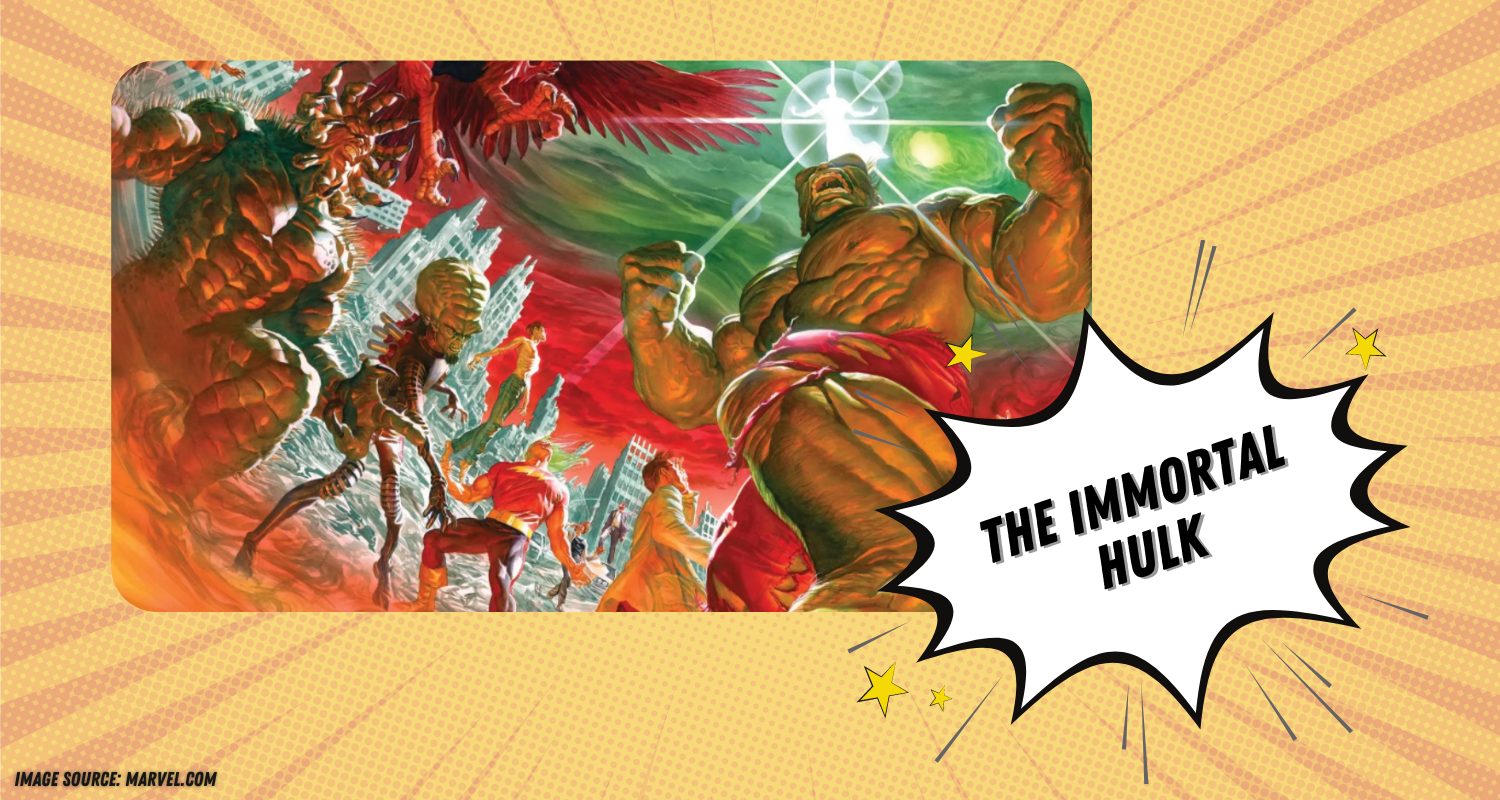 Debuted in the summer of 2018, it’s a relatively new series focusing on Bruce Banner from 2006 through 2018. The writer, Greg Pak, had written Hulk, including such milestones as Planet Hulk, World War Hulk, and the introduction of a new Hulk, Amadeus Cho, the incredible Hulk. Marvel had killed off Bruce Banner at the beginning of Civil War 2 in 2016. shortly after Amadeus Cho took over, obviously that didn’t stick, but this isn’t an episode talking about death in comics and how impermanent that can be. 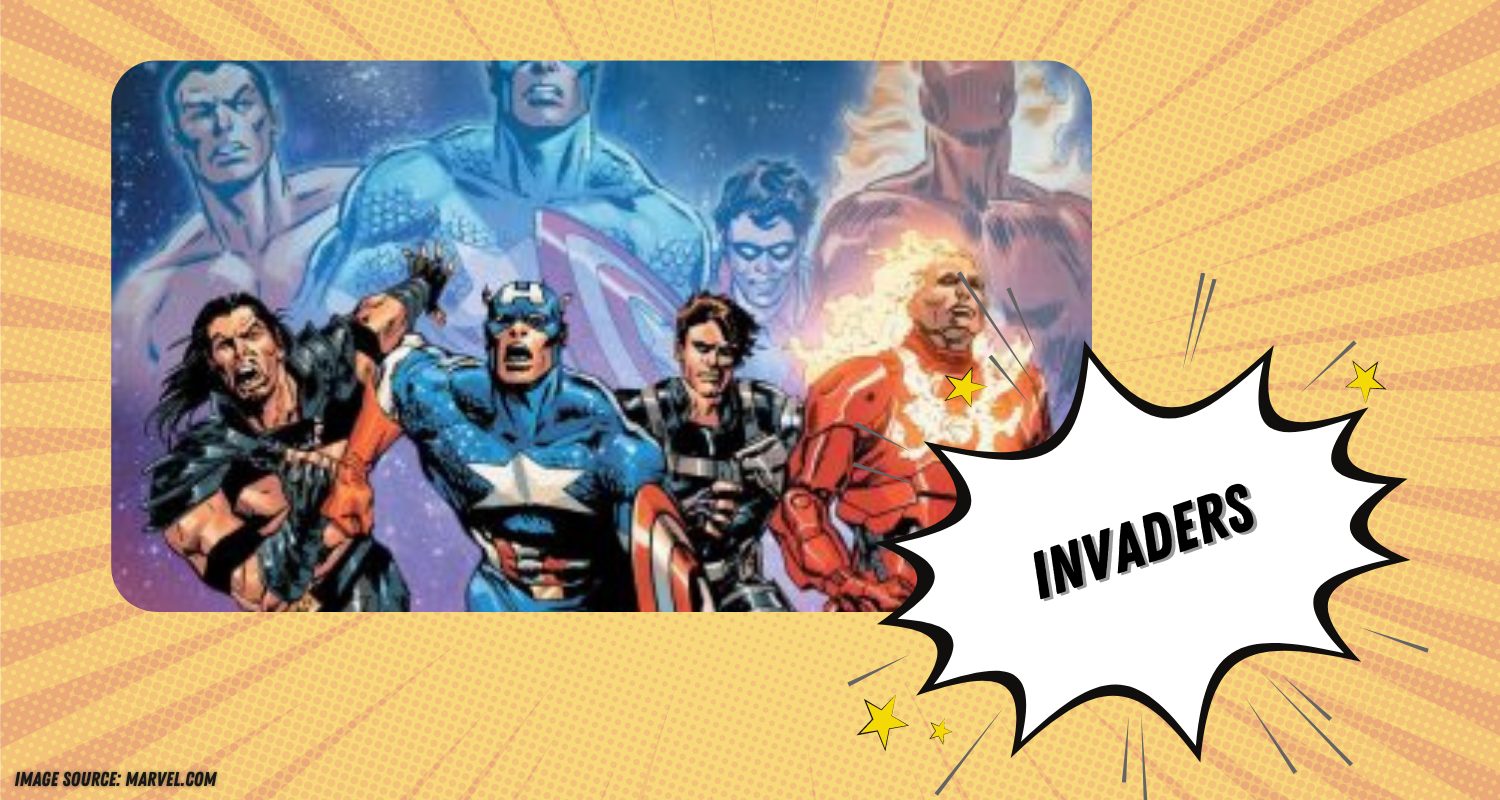 This book helps look back at the prior relationship that Captain America and Namor had with the original Human Torch and the Winter Soldier. The story starts with Namor in the middle of a fight in Europe during World War Two. He’s pushing himself to limits. He’s fighting and struggling because he’s trying to do too much. He’s trying to save everybody. A guy he knows, Randall, gets hit, and he’s trying to keep him. Namor is getting out of the water for too long. He dehydrates at an accelerated rate. It’s right after we find out that he’s pushed himself too far, and it ends up costing his life.

This is set in the present day, and it’s set in America and focuses on a new presidential election and a new president called Stephen blades, who’s just come into his new office. He follows a substandard eight years of the previous term by a previous president. On the surface, he seems he’s neglected the American people and invested a lot into foreign wars that have not benefited the people at home. However, we don’t see the long-term goal behind why the previous president has done this. It then leads into this side by element whereby the president first comes into the office and finds a letter on his desk entitled letter 44. It lets him know that there is a foreign presence in our solar system that we don’t know anything about. 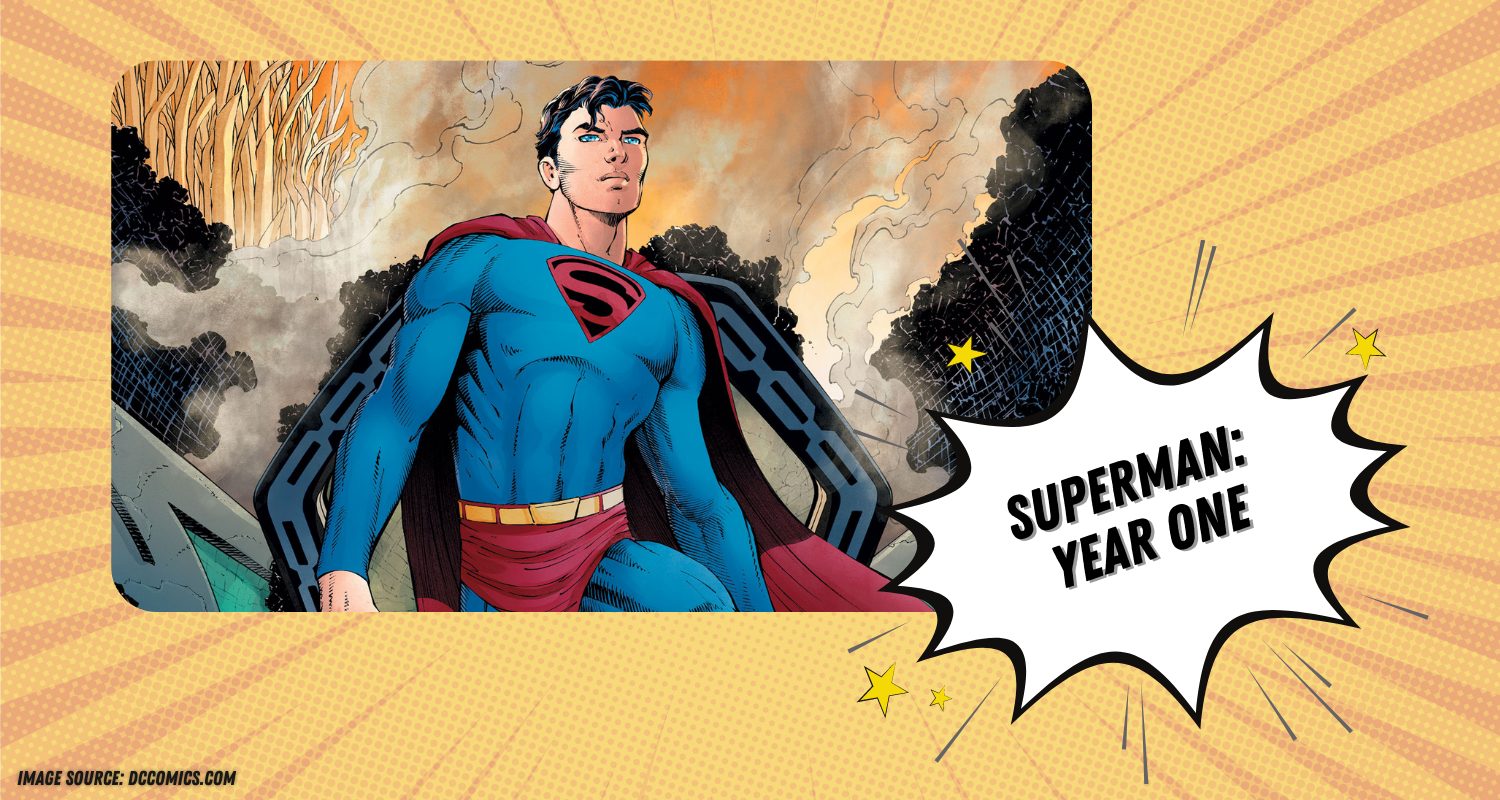 The latest release from DC, a black label and the more mature line for DC Comics, are Superman: Year One by Frank Miller and John Romita Jr. it’s both funny and underwhelming and goes past expectations at the same time. The reason why it is so is that not much happens. This isn’t a year one story; this is more a Year Zer